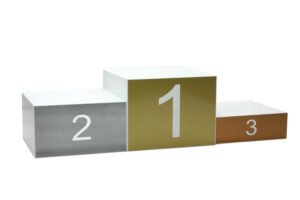 You’re shopping for a bankruptcy lawyer, and while you’d like him or her to be the “best bankruptcy lawyer in Los Angeles” (or “best bankruptcy lawyer near me” wherever you happen to be), what you really want is someone experienced, skilled, and qualified.  Their lawyer websites can tell you a lot about the person you’re evaluating. Look around them, explore. Read. This is what they put out there to public as their resume, their billboard. They’re expecting you to judge them by their attorney websites. And after that, if one really appeals to you, ask them questions in person.  Between their websites and in-person interviews, try to find out how they stack up with the following factors.

The saying “jack of all trades, master of none” applies here. Bankruptcy is a very specific specialty. There are lots of nuances, and twists and turns. You don’t want a part-timer here. Expect someone who makes their living in this, who is immersed in it.

Some giveaways would be the following. Look at the lawyer web site. Does the lawyer do only bankruptcy cases? Or do they also do dogbites and divorces. Does the website include long, in-depth descriptions about Chapter 7 bankruptcy and Chapter 13, or does it say the lawyer specializes in civil litigation, which means, pretty much, everything. Is the website URL bankruptcy-specific, or just a law firm name or person’s name? And in person, the question should be “what percent of your practice the last two years is dedicated to bankruptcy law?” Anything under 75% and you may have a dabbler. Run away!

You should expect the “best bankruptcy attorney” to at least focus on bankruptcy, and not only when the economy tanks.

Their Clients Say So

There are two ways to get a feel for client satisfaction and overall skill and excellence. What clients say about the bankruptcy lawyer as a group, and as individuals.

The bankruptcy attorney has won awards.

When searching for the best bankruptcy lawyer, one of the criteria should be they’ve won awards saying they are. Newspapers and magazines regularly ask readers to vote for the “best.” There are lots of attorneys out there. Why not choose the one who’s been voted Best Bankruptcy Attorney. Better yet, choose a bankruptcy lawyer who’s won the award four times!  We’ve been honored as Best Bankruptcy Attorney by the largest newspaper in Santa Clarita. Prior to that, we won the honor three times in a row by a different publication. And in 2018, we were nominated as best attorney in a city with over 300,000 people. Not best bankruptcy lawyer, best lawyer, overall, period.

The best bankruptcy lawyer has great Yelp and Avvo reviews

The best bankruptcy attorney should also have happy clients who were pleased with the experience. No one is thrilled about bankruptcy. People generally hate lawyers. People aren’t proud to boast publicly they filed bankruptcy and loved it. So it probably means something special when a lawyer has a 5-star average on Avvo and Yelp.

Check out Law Offices of Hale A Antico on Yelp

The Best Bankruptcy Lawyer should be… a Lawyer

Secondly, it goes without saying, but I’ll say it: you’re doing a once-in-a-lifetime professional service. Insist that the person performing it is licensed by your state bar. Don’t cut corners here by saving a few bucks with a bankruptcy paralegal. It can cost you a lot more in the long run if you lose your house, file the wrong chapter, or the case ends up getting dismissed.

Also, beware of paralegals who say they know as much as a lawyer. While this may be true, only an attorney can give legal advice. Even telling you which chapter to file under is legal advice, and the unauthorized practice of law. Do you want a shady unlicensed law practitioner doing your one-and-only bankruptcy? Probably not the best bankruptcy attorney if they’re not a lawyer.

One Price Does Not Fit All

An accurate price means getting to know you

Expect the bankruptcy attorney to want to spend time with you. To get to know you, and your situation. Then, only after he or she understands everything in fairly good detail, they should give you a price. Anyone advertising all comers for the same dirt cheap price is either going to give you a higher price once they got you. Or they’ll treat you like a commodity at the lawyer factory. Either way, maybe not the best bankruptcy attorney. You are not a commodity. Don’t expect a price on the phone, let the bankruptcy lawyer get to know you, and don’t expect to be treated like a burger at a fast-food restaurant. You’re not one-size-fits-all. You’re unique. Expect to be treated that way. You don’t want “cheap bankruptcy lawyers in Los Angeles” but the best one.

Getting to Know you Means Taking Time

Fourthly, the best bankruptcy attorney should ask questions. As we read above, every situation is different. The bid for an easy job should be different than the one for a hard job. But to know that, any service provider — but especially a bankruptcy attorney — should take the time to ask questions. They need to spend time learning about your assets, your debts, how recently you incurred them, your income, your budget, changes to your income in the past months, gifts and insider payments. And we didn’t even talk about lawsuits, tax refunds, payments you’ve made to friends and family yet. To get to know you means asking questions.

Bankruptcy attorneys are famous for having oppressive intake questionnaires that are as heavy as a phone book. You know what, complete it anyway. You’re doing yourself a favor. This is because you should be getting 30 or 60 minutes you’ll be consulting with a bankruptcy lawyer. You don’t want to waste that time with them asking “what is your year make model of your car, and what is the loan and balance and did you intend to keep it.” That and your answer just ate up 5 minutes.

Expect your valuable time spent with them explaining bankruptcy, pros and cons, going over other options, etc. You win by investing the time on the intake papers. We’ve narrowed ours down to 8 pages, unless you want to do it online. I’d rather use our time sharing information and helping you understand things than asking a million questions.

You don’t deserve rushing, but explanations and answers

Explaining things also takes time. Even with the most completed intake form (and if you actually do complete it, you’re my new favorite client), I can explain all your options, pros and cons, bankruptcy both chapters, the means test, and how the process works in no fewer than twenty minutes if I talk fast. And I can talk fast if we’re watching the clock. But truth is I’d rather not rush and explaining everything can easily take 30 minutes, often an hour. I guarantee people leave our consultations with peace of mind, with relief, hope and a good night’s sleep.

Fifthly, to be the best bankruptcy attorney, they should have experience. With experience, a bankruptcy lawyer would see all kinds of situations and challenges over time. You don’t want to be your lawyer’s guinea pig.

Yes, we were all new once. All attorneys need someone to trust them as their first client. Maybe that person will be the best bankruptcy lawyer after they’ve helped a thousand or two people. A new attorney, though, almost by definition, isn’t the best… yet.

Ask the attorney how many Chapter 7 cases they’ve done. The answer should have four-digits. If not, they may be a smart person. They may be a good attorney. They may even be a good bankruptcy attorney. But is this person the “best bankruptcy lawyer near me?” Probably not.

Don’t settle for less than a thousand total Chapter 7 bankruptcy cases, and at least a hundred Chapter 13 cases when considering the best bankruptcy attorney.

Look at the law firm’s website. How many offices does it have? If your bankruptcy attorney has multiple offices, it’s a sign that maybe it’s too big to give individual service and attention. Your personal bankruptcy deserves personal service. A law firm in 7 locations is likely a high-volume enterprise.

Where one person does intake. Another person does the signing. A third person will be at your 341(a) Meeting of Creditors. Which one is your bankruptcy attorney? They all are, and none of them is. The massive law firm is. And you deserve better. A law firm small enough to have one or maybe two attorneys in one office, maybe two. Where your attorney is your attorney, and they know you, your situation, your circumstances.

They Should Be There For You

And most importantly, demand that the same person you bonded with at the consultation and signing will be there for you when you’re giving your sworn testimony… not busy chasing down the next client with the next rushed ten-minute phone call.

Bankruptcy is also a very gut-wrenching and emotional decision.

Involved in the Legal Community

Can we agree that for someone to be the best bankruptcy lawyer that they’re involved in the legal community? Not just staying on top of their continuing legal education credits; we all must do that. Volunteering to improve the profession. Serving on boards of directors. Volunteering their time to serve other lawyers in professional organizations. Providing feedback and time working with judges and trustees on committees. Ask your potential bankruptcy attorney about what organizations they aren’t just members of, but serve in as an officer or some other capacity. It’s certainly possible to be a good bankruptcy attorney without that. However, volunteering time to improve the bankruptcy profession may be a sign of someone who is better, maybe best.

Further, how does the bankruptcy lawyer compare against their peers? Are there actual statistics that measure lawyers in cold hard numbers? It turns out, there are. A bankruptcy judge in the district in which Los Angeles sits ran the numbers on successful Chapter 13 bankruptcy cases. The judge found the following:

Consumer bankruptcy filers under Chapter 13 in his division without an attorney succeeded 0% of the time.

Folks who filed Ch 13 bankruptcy petitions in the entire Central District of California (where Los Angeles is) with an attorney succeeded in only 3% of cases.

Nationally, the success rate of Chapter 13s is better, but still 33%.

But Los Angeles bankruptcy attorney Hale Antico filed Chapter 13 case during the most recent busy period in which 59% were successful. That’s double national average, and twenty times the average in the Los Angeles area. Cold hard numbers can tell you how an attorney compares to their peers, and if they’re better, or the best bankruptcy lawyer.

The Best Bankruptcy Attorney Near Me