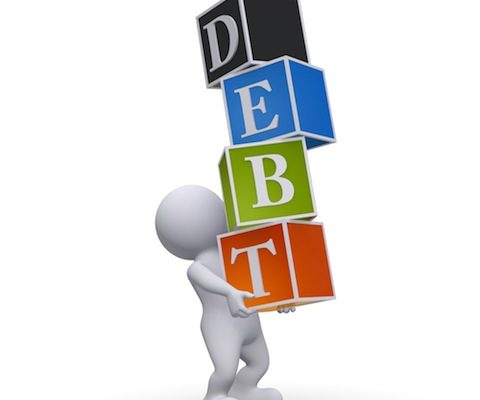 Is there a debt limit to Chapter 7?

One question people ask is, “How much do you have to be in debt to file Chapter 7.” Unlike Chapter 13 bankruptcy, there is no debt limit to Chapter 7. It just becomes a matter of practicality. There are financial benefits to file Chapter 7 bankruptcy, but these must be weighed against the costs, monetary and otherwise..

Too little debt for Chapter 7

The Bankruptcy Code has no lower limit to file bankruptcy under Chapter 7. The only limit is common sense. One the one hand, if you owed someone a dollar, and the Chapter 7 filing fee is $335, most people would just pay the dollar. No brainer. Another example: if you owed someone $1000, the debt is greater than the filing fee, but now there are other costs you’d weigh, like the hit on your credit. Is it worth it to discharge $1,000 of debt but have a bankruptcy on your credit report? Most would say no. Each individual weighs their own personal limit line differently. Many people would agree that $20,000 or $30,000 of debt is a lot to ditch in a bankruptcy discharge. A debt amount that high may outweigh the cost of the bankruptcy filing fee, paying a bankruptcy attorney, and the credit report ding. While there’s no debt limit to Chapter 7, we bankruptcy lawyers do see a typical range of debt.

Too much debt for Chapter 7?

On the other hand, there’s nothing written in the law that has a specific dollar amount that becomes too much debt to file a Chapter 7 bankruptcy (note: this is in contrast to Chapter 13 bankruptcy, which has a maximum debt limit set by law in 11 USC 109(e), which periodically adjusts, so check current limits).

There are other factors though that can stop a bankruptcy with too much debt. Firstly, the government looks at whether the debt was obtained in good faith. If someone unemployed for years has $250,000 of credit card debt, were they really intending to pay it back? Secondly, they look at the nature of the debts: were they luxuries like travel? Another factor is if the debts or discharge was obtained by fraud. Too much debt is situation specific. It may make sense for a business owner to have a lot of debt, but maybe not so much for a retired grandma.

Summing up the Debt Limit for Chapter 7

In short, there is no debt limit to file Chapter 7. Common sense factors would make it not worthwhile to file Chapter 7 bankruptcy for some. There is an upper limit that will get you on the trustee’s radar, though it’s not sure exactly what that number is. Like most things, if it’s reasonable it should work, though your mileage may vary.